Wow. This week has made my eyes really tired. I have read 3 different books since Saturday. This girl probably needs to go get her eyes checked.

I know what you are thinking.... since when did Juju Eat Cake become a crappy book blog?!

Yeah, I am kind of thinking the same thing, but for once in my life I am actually reading. Something that I find so much happiness in yet never seem to find time to actually do it.

Is anyone else out there on the Divergent wagon?!! This week has been an exciting/disappointing/emotional week for those of us who have been following Veronica Roth. According to the Amazon reviews for her newest installment Allegiant, you are all a bunch of raging lunatics ready to burn her at the stake. However, I had a slightly (more than slightly, actually) different view than the majority of the readers thus far.

*(IF YOU HAVE NOT READ THE BOOK I WOULD NOT ADVISE YOU TO READ AHEAD. THERE ARE NOT OUT RIGHT SPOILERS EXCEPT WHAT IS IN SMALL FONT, BUT YOU CAN INFER A LOT OF THINGS THAT HAPPENED BY WHAT I HAVE TO SAY. YOU HAVE BEEN WARNED!)*

Am I shocked? No

Why you may ask?

The decisions and actions of everyone involved was true to each person's true character. To a tee. I don't quite understand how everyone is so flabbergasted. I understand that it was gut-wrenching, but it was also beautiful beyond belief.

Did I ball my eyes out? HA of course!

But all in all, it was the perfect sacrifice and the perfect ending to an amazing trilogy. My hat TRULY goes off to Veronica Roth on this one. You have taught us (well, some of us) that life isn't perfect. Because guess what, folks? It just isn't. Period. Especially when there is so much war and violence involved.

Tris was truly a hero through and through in this series. I know it is hard for some of us to wrap our minds around what happened, but the choices she made were COMPLETELY in character for her! I cannot say that enough. I think you have to know someone with an Abnegation personality in real life to truly realize this. Don't read the next line if you haven't read the book, ***SPOILERS*** but only the good die young. Only stars that shine that bright can only burn for so long. That is life. Period.

Favorite scene in the book? When Four goes to his home and shaves his head...etc.,etc.,etc....
You know what I am talking about! O.M.G. Such an amazing scene, Ms. Roth! I think a little part of my heart died during that scene.

I did think the book was a little slow, yes. However, I am not sure if it was because it was actually slow, or because I was agonizing over the possibilities of how the book was going to end.

I also thought the POV switches were confusing for the most part. I would be talking with Tris' voice in my head and realize it was Four's perspective. Talk about confusing.

So, although there are flaws in this book just like every other book in the world, over all this book will go on my shelf next to all my favorite series. Sorry Suzanne Collins, but Veronica Roth blew your series out of the water. Whomp whomp.

If you haven't read the series I HIGHLY advise that you do. It has everything from violence, to romance, to betrayal, to forgiveness, to hatred, to love, to tragedy, to comedy, to most importantly amazing characters that will make an impact on your life. Gotta love it! :)

Also I am going to go ahead and advertise for Veronica Roth here and say that if you haven't already, check out her Divergent series novellas!! Probably my MOST favorite piece of the trilogy... Free Four. This little tiny piece of gold makes my heart melt into rushing waters. I truly love this scene from Four's perspective. This part of Four was never exposed throughout the entire series until the last book, but it was such a breath of fresh air before the last book came out.

Also from Four's perspective, check out The Transfer. Not as good as Free Four, but still brings so much light onto Four's past, present, and future. Ms. Roth is going to continue to release these novellas until next year. There will be 3 more.


Alright so I have some projects in the works and some posts that are LONG overdue, so I am going to promise that the next few posts are NOT about books! Maybe.... :) 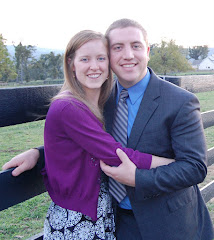 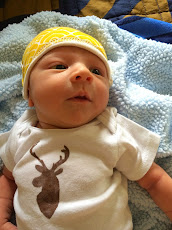 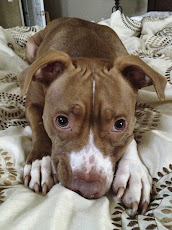